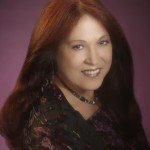 I have developed a unique style, and work to capture my audience’s attention. With a one-of-a-kind technique and masterful authority of my work, time and again I have continued to receive high accolades from audiences as one of the most dynamic and compelling speakers.

My credentials include a lifetime of entrepreneurial success, in addition to an extensive business consulting background. I am also a prolific writer with many popular books like: 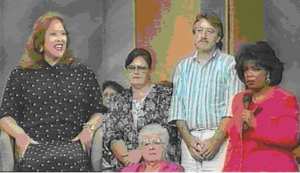 I have appeared on the Oprah Winfrey Show where I was featured for my innovative concepts on positive communication techniques; on Contra Costa TV discussing my years of dedication in assisting entrepreneurs in making their businesses more successful; on Business 2000 Television, a show broadcast throughout the Bay Area; on Channel 44’s Working at Home where I talked about the pitfalls of isolation that occur with some Homebased businesses; and on Minding Your Business, a nationally syndicated radio program with Michael Lee.

I was featured as a keynote speaker at the Money Fair, a homebased business trade show, which closely relates to my avocation for entrepreneurship.

I am the founder of Elite Leads Business Development, the largest entrepreneurial educational program in the Bay Area.

I present communications topics on cruises lines for their on board entertainment programs.

I have been speaking since 1992 when my mentor took me to a Lion’s Club meeting and then informed me that I was the guest speaker. Rather than disappoint my him, I took the podium even though I don’t remember a word I spoke. Within a year of speaking at various service organizations, I received a great compliment. One of the attendees had seen me six months before and told me “If I hadn’t heard you speak I would have had to give up my business and take a job.”

From that point on I was hooked. I believe it is an amazing privilege to be able to affect people in a positive nature through public speaking.

I have more than 20 years experience working in the corporate environment. My sales skills style led to more than 6 years awards as one of the top ten out of the 300 national sales consultants in a Fortune firm. I have provided training in most of the Fortune firms in the Bay Area and western states including Bechtel, Chevron, Hewlett Packard, GE, Varian, Borden, Watkins-Johnson, Apex, Tab Products, Century 21, Uniglobe Franchise, Macaroni Bar & Grill, Associated Grocers, Boeing, Bayer and Skaggs to name a few.

This site uses Akismet to reduce spam. Learn how your comment data is processed.

Please go to Appearance → Widgets and add some widgets to your sidebar.